The TYT MD-2017 Portable Ham Radio operates in both analog and digital modes on frequencies of 400 to 480 MHz in the UHF and VHF frequencies at 136-174 MHz for a maximum power of 5 watts. It uses TDMA (Time-Division Multiple-Access) technology to double the number of users on a single 12.5 kHz channel. This portable radio offers a mode of transmission in vhf of 144 -148 MHz and 136-174 MHz in reception.

The MD-2017 Ham radio has 3000 channels, 10000 contacts, integrated CTCSS / DCS (analog mode only), single call, group call and all calls, kill / stun / activate remote, transmission interruption, VOX and function of isolated worker. It is compatible with MOTOTRBO ™ compatible, DMR Tier I and II compatible, can be upgraded by firmware and is IP67 waterproof.

The TYT MD-2017 dual-band amateur radio portable is also equipped with the same large color LCD screen as the other models in the MD series. It also has the traditional keyboard found on other digital radios, and there are programmable side keys. However, the MD-2017 adds two additional softkeys, labeled P1 and P2.

The TYT MD-2017 also has a trackball, and is integrated in the front and center. This makes the MD-2017 very different indeed. 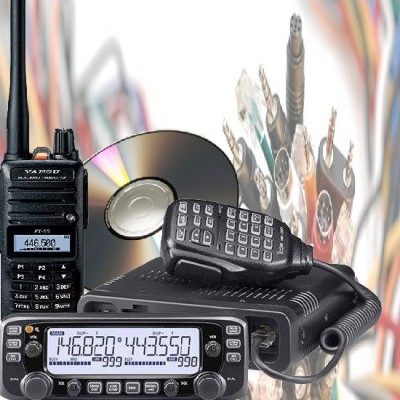 Communication LG performs the programming of all amateur radio devices. To do this it is essentia..